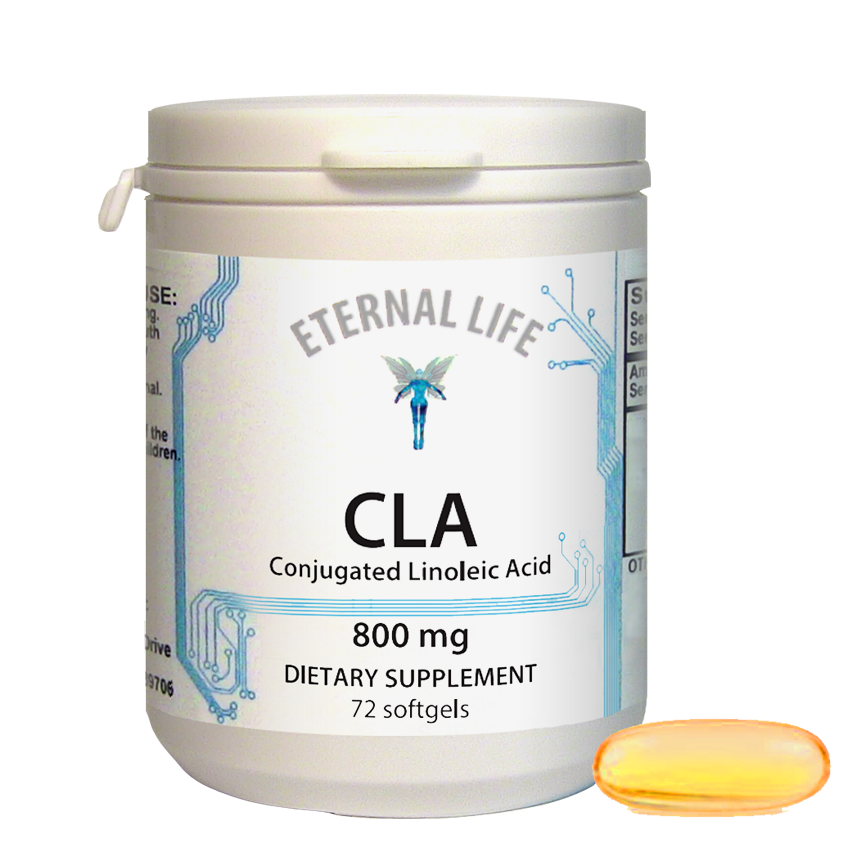 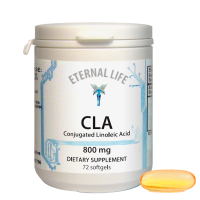 Anywhere in the natural world where you find a source of fat from grazing animals, you find CLA (Conjugated Linoleic Acid), such as in animal meat, cheese, or butter. Most traditional diets, and all longevity diets throughout the world, fit one of two molds: either they are lower in fat or if they are high in fat this fat comes partly from dairy, and partly from meat, of grazing animals eating a very traditional diet of fresh grass. CLA is produced inside the animal's gut from the grass, and this is a natural source of CLA in the diet.

CLA is found with the fat for a reason. It is a natural factor providing a benefit in the handling of fat by the body. Given the massive switch of industrial farming to grain-feeding, our meat and dairy has far less CLA, it has been proven. Could this be, even in part, why the weight of the average American has been increasing?

CLA was also shown to play a role, not just in fat management by the body, but also in supporting the immune system. In a double-blind, randomized study where participants were given, in softgel form, 3 grams of CLA daily (containing equal parts of isomers 9-11 and 10-12), those taking the CLA had "decreased levels of the proinflammatory cytokines, but increased the levels of the anti-inflammatory..." as well as other benefits.

CLA is not considered an essential nutrient in the diet, but clearly has benefits. There is no natural way vegans will be able to get very much CLA in their diet. Regular safflower oil contains less than a single milligram (1 mg) of CLA per gram of oil. There are no long term studies showing how a strict vegan diet compares to traditional diets that have CLA, so we really don't know if CLA helps everyone the same, or if it is mostly helpful to those who eat the foods that would normally contain it. What we do know is that an animal-based diet low in CLA is a risk and that it is only relatively recently that grain-feeding has diminished our intake of CLA.

CLA that will cause excitement

Although CLA is not new to the supplement world, until now you would have to pay big bucks for a quality CLA supplement. By big bucks we mean $19.99 for 30 capsules. Considering CLA is taken 3+ capsules a day, that is almost $2 a day!

Our CLA supplement is processed entirely under nitrogen gas to prevent oxidation. You don't want a rancid CLA oil. Ours contains a small amount of mixed tocopherols (Vitamin E), which act further to preserve the freshness of the oil.

Some CLA supplements also contain triacetin, which is unnecessary and never declared on the label, as it is not required. Triacetin is similar to propylene glycol, a substance which many deem to be unnecessary and not really good to consume over the long term. Our CLA does not contain it and due to our strict label guidelines it would be on the label if it did.

Despite offering a quality CLA supplement, we come close to matching the standard CLA supplements, for which you pay 75 cents a day. With ETERNAL LIFE premium quality CLA you pay roughly a dollar, well worth the extra quarter, yet almost half the price of quality CLA sold by other companies.

ETERNAL LIFE CLA contains two main CLA isomers in roughly equal amounts of each: the cis-9,trans-11 isomer and trans-10,cis-12 isomer. The 9-11 isomer of CLA is an Omega-7 fatty acid, which is almost 50% of the CLA content in our product. This is arguably the most important isomer, although some studies have shown that the combination is superior regardless.

One popular CLA brand on the market contains only 40% of its CLA from these two important isomers, while 60% are other CLA isomers. It contains less than 12% of the most active and important Omega-7 CLA isomer!

With ETERNAL LIFE CLA these two isomers are specifically tested for and must fall within set ranges, with less than 5% of other CLA isomers.

For the best CLA softgel on the market, ETERNAL LIFE has you covered!