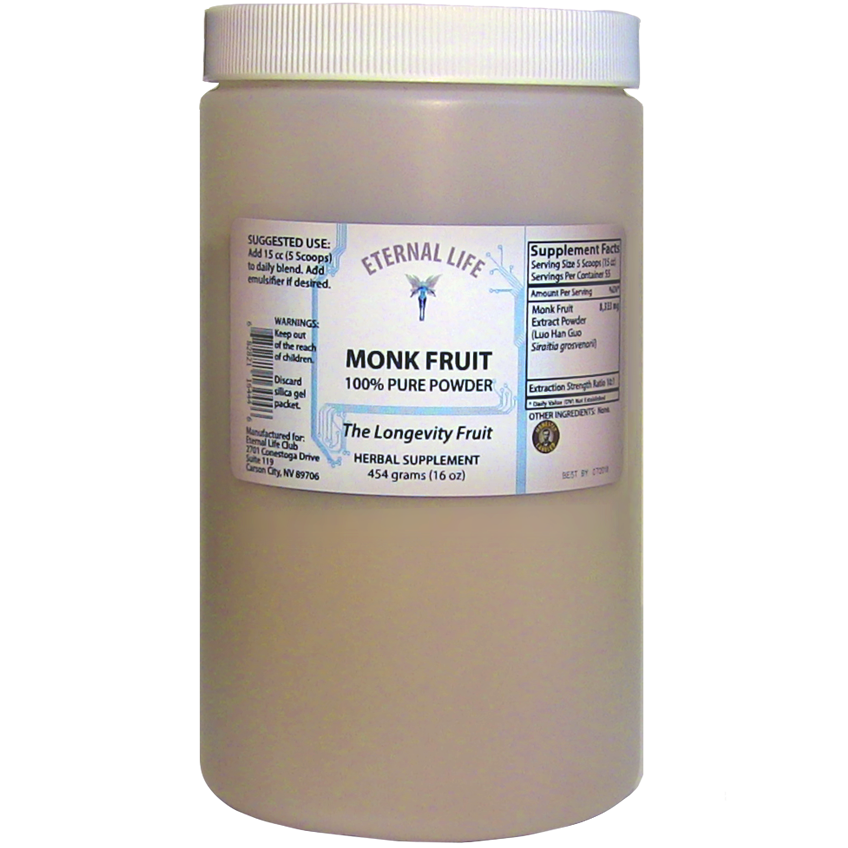 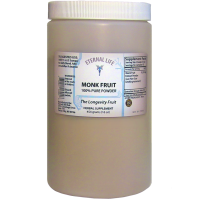 How to use Monk Fruit for longevity benefits, not as a sweetener!

If you've heard of Monk Fruit, also known as Luo Han Guo, you've most likely heard it is a safe, natural sweetener. Like stevia, it contains a molecule that is extremely sweet, but does not raise blood sugar levels and is suitable for diabetics. Thus, it is becoming quite popular for the wrong reason!

Monk Fruit is known as "longevity fruit" in the land where it originates, an obscure province of South China. In the mountainous region where it grows and is consumed in high amounts there is an abnormally high number of centenarians. It is a secret sixth blue zone that is rarely discussed.

Monk Fruit is still grown in a very natural setting without pesticides. China does not even allow the actual fruit to be exported. Thankfully, one supplier now provides a very clean concentrate using only water, and the price is reasonable too. It is truly awesome!

What about this fruit is bestowing longevity upon those who eat it? When fresh, the fruit is slightly sweet, but has a very distinct flavor that is hard to describe. The fruit is seldom used fresh due to the fact it does not store well.

Due to this complication there was never enough of it available to become popular in China. It was considered so special that it was brought to Chinese emperors as a special gift.

The sweetness is due to glycoside molecules called mogrosides, which are only about 1% of the total content. When it is dried into a powder or concentrated, it is still not useful as a sweetener. But it is perfect for mixing into a beverage for anyone who wants to consume the powder for its longevity benefits. The taste is similar to carob, but with a slightly more terpene taste.

The mogroside content may actually be the key element of its longevity secret, if used in proper amounts. Molecules of this class are known to have an impact on hormones. The secrets of how Monk Fruit impacts hormones has not been revealed, but various glycosides have been shown to impact estrogen and insulin, which in turn can impact thyroid.

As some realize, these hormones have been proven to play a key role in longevity. Estrogen being handled differently in women is suspected to be a key part of the biological reason that women tend to live longer than men.

Other special properties of Monk Fruit that likely contribute to longevity potential are its carotenoid and Vitamin E content, and it being a notable source of both molybdenum and manganese, both of which elements have been shown to be elevated in centenarians.

Monk Fruit from Eternal Life is concentrated powder. A simple 9 gram serving provides over 100 grams of fruit, and that is probably all the average person should really need daily.