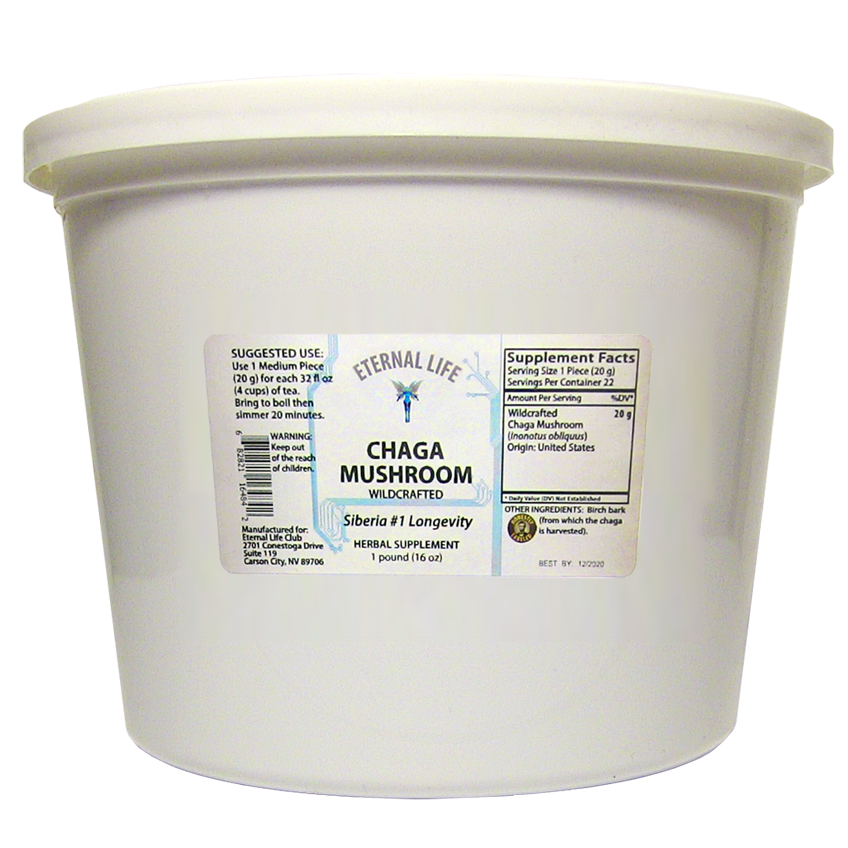 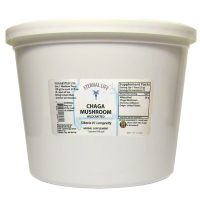 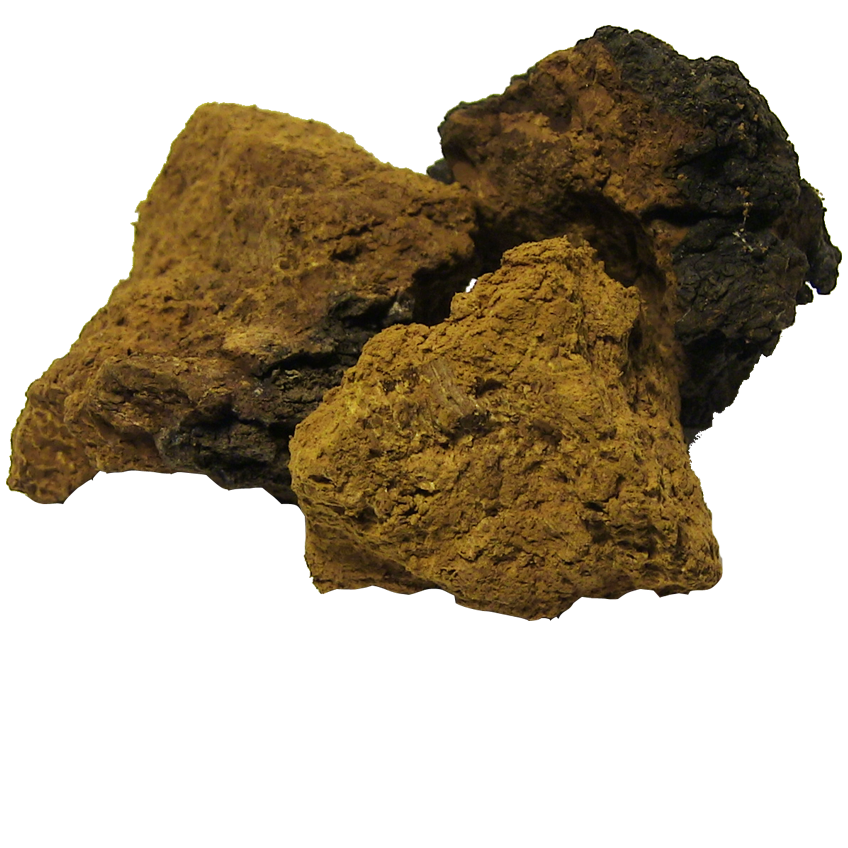 Chaga's reputation as the king of mushrooms comes from Siberia. In that region people have long made it into a tea and consumed it daily. It has been attributed to the extraordinary lifespans of the people there and also has the name "mushroom of immorality".

When we look at the science, Chaga tea also seems like a perfect longevity tonic. Chaga increases the production of SOD (Superoxide Dismutase), one of the body's master antioxidants.* Like Reishi, it contains beta-glucan, and therefore has some of the same immune system supporting properties, and the same explanations behind them.

Chaga grows in cold regions of the north, almost exclusively on birch trees. Like many long-lived organisms, the harshness of the environment seems to enable some of the benefits. For instance, Chaga contains an important triterpene called Betulinic Acid, which the Chaga converts from Betulin in the birch tree.

The Betulinic Acid form is more biologically active than Betulin. Some believe it is the cause of Chaga's most important benefits. It plays a powerful role in supporting the health of cells. Some research shows that it promotes healthy cholesterol, which we know to be one of the most important factors in aging. Cholesterol decline is associated with the rampages of aging.

Chaga is not like other mushrooms. Chaga is a sort of gall-like growth that emerges on birch trees as a result of a parasitic relationship involving the mycellium of Inonotus Obliquus. Chaga itself is very hard, as though it were wood. It is best suited for cooking into a tea. The inside part of the gall is a light brown in color, and lighter in weight, while the outside of the gall is a black and harder and heavier.

This wildcrafted chaga from Eternal Life Club is harvested from the great birch forests in the Northern United States, in the states to the west of the Great Lakes. It is meant to be added to near boiling water and allowed to simmer for a long time, 20 minutes at least.

The chunks of chaga can either be reused a few times or boiled for a much longer period of time to extract all their therapeutic potential. A single 20 g piece of chaga can easily be used to make about 1 liter (4 cups) of tea.

We recommend that people start with smaller amounts for a few months before trying anything higher. You want to give it some time first and be sure that the tannins are not too much for your body. Some people are sensitive to them in large amounts.